Mr. Joan Quintana already knew that back in 1922 when he started collecting skins from butchers around Girona area on his bicycle.

Since then, a few things have changed a lot; other things remain exactly the same. Our Company, loyal to the best practices, we keep taking care of the skins from the moment they are pulled from the animal at the abattoir, putting special attention on the selection and preservation of the skins in our fridges.

On the top of that fact, Pieles Quintana has the advantage of being located close to the best sheep quality areas in Spain.
Today we continue to offer to our customers the best product and the best service as well. We understand our future only basing it on a strong collaboration with both, suppliers and customers.
Pieles Quintana S.A. currently produces 1.000.000 annual skins (sheep and goats) and cattle hides 3000. The skins come to everyone, but mainly to European and Asian markets which are our main costumers.  It also participates in the marketing of our product Ledexport which is based in Vic. 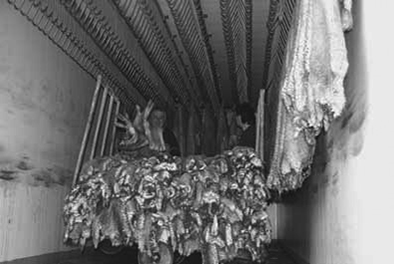 The skins are coming to the warehouse
directly from the abattoirs in our. 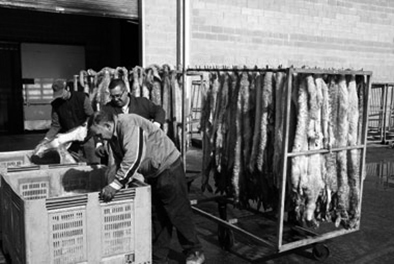 Chilled skins are hanged ready to be salted. 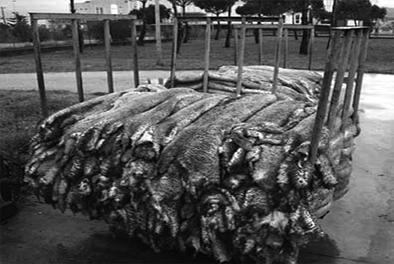 From the wagons coming from the abattoirs the skins are hanged one by one and introduced into the fridge.

Skins are chilled at 4/5 º C in our fridges before getting salted. 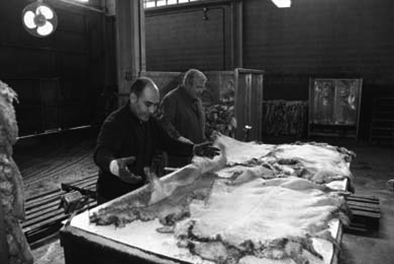 When salted and graded, skins are stored in the fridge. Grading considering quality and final product. 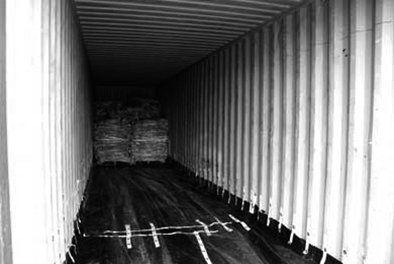 Joan Quintana Juanola started our business in the town of Figueres (in the far Northeast corner of Spain).

A second generation came to the business incorporating the company in 1945 as Esteve Quintana Masó.

The company started the collaboration with Ramon, Andreu and Rafael Colomer Munmany.

Joan Quintana Vallmajó, a third generation started in the company and three years later the company moved to Taialà (Girona).

The company started the collaboration with Colomer y Munmany and together they created the incorporated company: Pieles Quintana S. A. (as it operates up to today). The company kept growing up and started to build a new and bigger warehouse in Celrà were they moved the whole activity in 1981.

Large volumes of lambskins and kidskins in our warehouses based in Celrà (Girona) with over 12.500 sq. m. and in Molina del Segura (Murcia) with over 3.000 sq.m.

The Code of Ethics applies to all the Group's companies, as well as to all its professionals, regardless of their geographical location, hierarchical position or contractual modality. In addition, as far as possible, we also expect the third parties with whom we do business (such as customers and suppliers) to adhere the spirit of the Code of Ethics.

If you have any doubts or questions regarding the interpretation and/or application of the Code of Ethics, as well as other internal regulations related to the crime prevention model of the Group, you can ask them through the Ethics Channel.

Likewise, in the event that you have indications or suspicions of any breach of the provisions of the Code of Ethics, you are expected to bring them to the Group's attention through the Ethics Channel.

In the event that you have indications or suspicions of any breach of the provisions of the Code of Ethics, you are expected to bring them to the Group's attention through the Ethics Channel

Colomer Leather Group
We use cookies on our website to give you the most relevant experience by remembering your preferences and repeat visits. By clicking “Accept”, you consent to the use of ALL the cookies.
Cookie SettingsAccept
Manage consent

This website uses cookies to improve your experience while you navigate through the website. Out of these, the cookies that are categorized as necessary are stored on your browser as they are essential for the working of basic functionalities of the website. We also use third-party cookies that help us analyze and understand how you use this website. These cookies will be stored in your browser only with your consent. You also have the option to opt-out of these cookies. But opting out of some of these cookies may affect your browsing experience.
Necessary Always Enabled
Necessary cookies are absolutely essential for the website to function properly. These cookies ensure basic functionalities and security features of the website, anonymously.
Analytics
Analytical cookies are used to understand how visitors interact with the website. These cookies help provide information on metrics the number of visitors, bounce rate, traffic source, etc.
SAVE & ACCEPT
Powered by